As the roll out has begun on my book, When the Lights Go Out, I’ve reached out to the 9/11 families and organizations connected with that terrible event. It is critically important that we teach the next generations about what happened on that day, and why it’s also important that we never forget.

Vinny is co-founder of an organization called the Gear Up Foundation. You can learn more about it at http://www.gearupfoundation.org/


But you should also know that he is a survivor of the 9/11 attacks on the World Trade Center towers. He wrote to me, “For me the lights really did go out when I was buried beneath the rubble for nearly two hours in total darkness.” And he’s committed to keeping the memory of those who died on that day, alive. 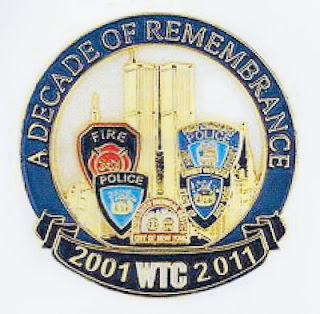 I believe there is an effort to cover over 9/11. Students don’t know much about it and it isn’t an important part of the curriculum. There may be pockets of areas where this isn’t true, but I’m not aware of those.


On a recent national news program, I saw some man-on-the-street interviews of young people in their late teens and early twenties. A few could explain what took place on 9/11, but sadly, most had no idea.


We can NOT allow this to continue. So I hope you’ll take a look at Vinny’s foundation. http://www.gearupfoundation.org  If nothing else, drop him a note and tell him how much you appreciate his service. Vinny, and many others like him, rushed into those towers while everyone else ran away. His email address is vforras@gearupfoundation.org

Video When the Lights Go Out
http://www.youtube.com/watch?v=wfSEkGN5q0U&feature


Then spend a few minutes at his web site. You’ll be glad you did.

Vincent is a hero! I'm glad he made it out of that hell alive.