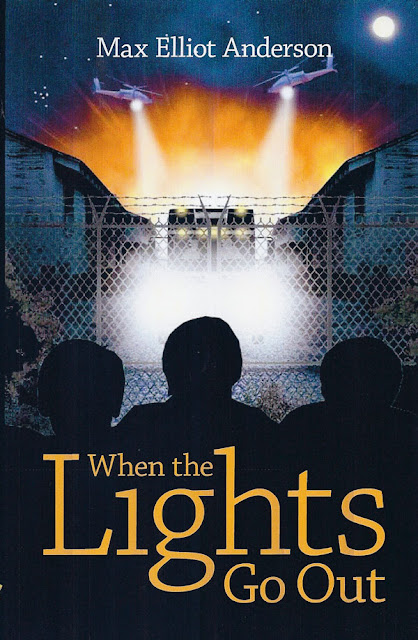 Peyton Aldrich's father is an Army colonel, who specializes in Army intelligence. His work is always top secret, which means he can't even discuss it with his own son. Nevertheless, Peyton idolized his father, who believes that after what happened on 9/11, somebody had to help keep the country safe.
Now, Peyton, along with his family, find themselves stationed at a new army base, in the middle of nowhere. After his arrival, Peyton finds two friends, Gill and Dave. Together they decide to train like Rangers, and search for some kind of mission to accomplish on their own. Little did they know that a mission was about to put the boys right in the crosshairs of a dangerous terrorist plot, when a secret weapon would be delivered to the base on its way across the country. Will the terrorists find out who is trying to expose their evil plan? Will the boys be able to stop them? And what will happen to Peyton's father when the general finds out what the boys did? When the Lights Go Out is a story for kids, and their parents, so we never forget 9/11.