Blog of the Year at Book Fun Magazine!


Voted Blog Of The Year 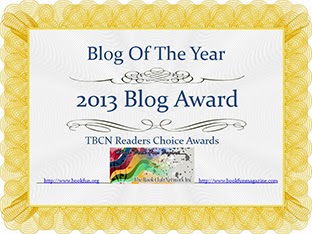 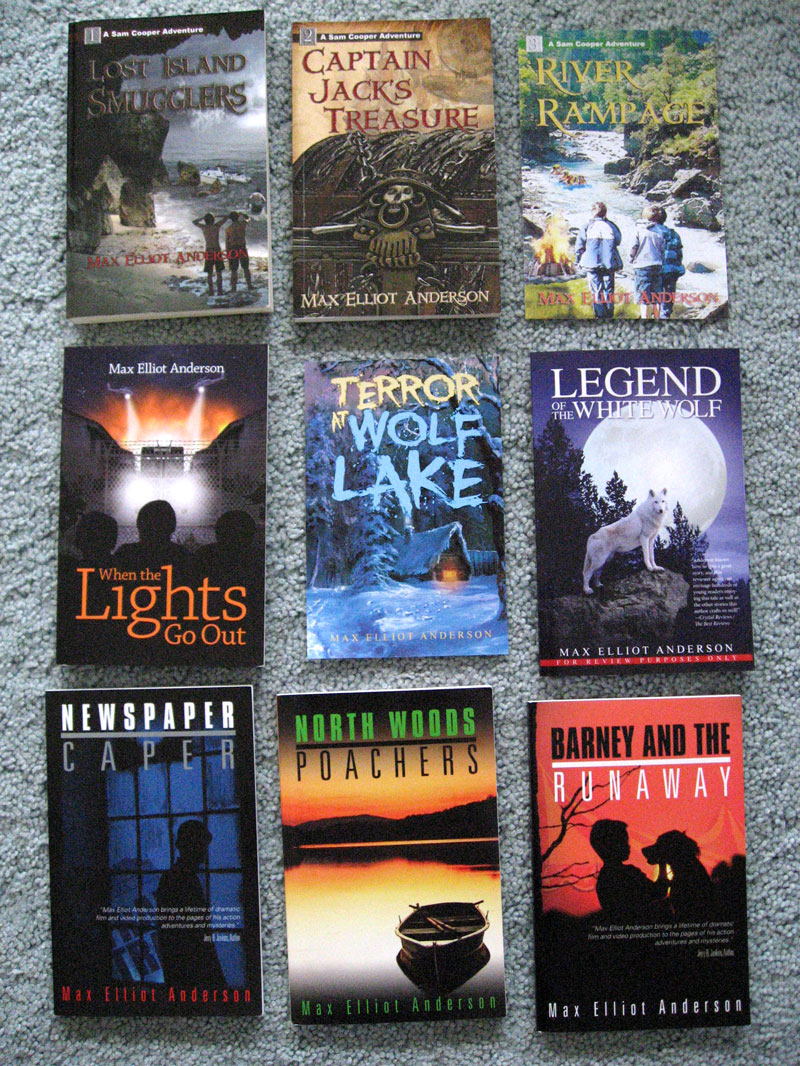 Books you can trust for readers 8 and up.

Sam Cooper had just moved to Harper's Inlet when he met Tony. Tony's father owned a marina. Sam, Tony, and Tyler took scuba lessons together. After they completed the course, the boys decided to try out their new skills in the real world...the ocean. The only problem was, no one had permission. Everything went well until the biggest storm Tony had ever seen blew up from out of nowhere, and the boys found themselves stranded on Lost Island. But, if they thought the worst had happened, they were wrong!

Sam Cooper lives right near the ocean, on the Treasure Coast of Florida. All he's heard about since he moved here are the fabulous treasures that have been found, and those still waiting to be discovered. Sam, Tony, and Tyler are convinced that they will be the ones to dig up the next great find. They meet a crusty sea captain named Jack who's fixing up an impossible looking old tub. What is Captain Jack's mysterious secret? And what is he really planning to do with that boat?

Sam Cooper and his friends have the chance of a lifetime to go rafting down the mighty Colorado River. The rains have been heavy this season, turning the raging river even more treacherous. The boys’ become separated from the main group, their rubber raft is going flat, and now they’re on their own. They have their hands full with a crusty prospector, his gold mine, a gang of outlaw bikers, and a desperate river escape on their makeshift wooden raft.
Think that’s the worst that could happen? Well, it isn’t.
Comfort Publishing Adventure Series

WHEN THE LIGHTS
GO OUT

Peyton Aldrich's father is an Army colonel, who specializes in Army intelligence. His work is always top secret, which means he can't even discuss it with his own son. Peyton idolized his father, who believes that after what happened on 9/11, somebody had to help keep the country safe. Now, Peyton, along with his family, find themselves stationed at a new army base, in the middle of nowhere. After his arrival, Peyton finds two friends, Gill and Dave. Together they decide to train like Rangers, and search for some kind of mission to accomplish on their own. Little did they know that a mission was about to put the boys right in the crosshairs of a dangerous terrorist plot, when a secret weapon would be delivered to the base on its way across the country.

BARNEY AND
THE RUNAWAY
Mike hated the way his parents were always telling him what to do. Along with his dog, Barney, he decides to teach them a lesson by pretending to run away for a few hours. The plan gets complicated when Mike and Barney hide in a railroad boxcar, fall asleep, and end up in Georgia with a circus in the middle of the night. After his experiences away from home, Mike learns the importance of family, and that you don’t appreciate what you have until its gone.

LEGEND OF
THE WHITE WOLF

Brian Fisher discovered a white wolf pup caught in a trap and set it free. Since then, Brian was convinced that he and the wolf shared a special bond. Stung by the disbelief of his family and friends, Brian sets out to prove that his fantastic story is true. He soon finds himself lost out in a snowstorm and attacked by a mountain lion. When a group of lawless hunters begins killing off the wolf population, Brian is caught right in the middle! An eleven-year-old boy, a mysterious white wolf, a dangerous band of illegal hunters, and all the excitement of the rugged outdoors near Yellowstone National Park.

Tom Stevens was a super salesman. He and his friends delivered newspapers early every morning. Along their route, the boys often saw some pretty strange things. Then one day, they actually became the story in the papers they delivered. Early in the morning, while it was still dark, the three boys stumbled across some suspicious activity. A begins to hook up an expensive car in someone's driveway along their paper route, but when the tow truck driver sees the boys, he drives off leaving the car behind. Tom reads in the paper the next morning about a string of car thefts around the area. He begins to see a connection between a local car repair shop and the thefts. The boys' adventures begin as they take matters into their own hands and investigate the car thefts. They befriend an elderly widow whose car was stolen, encounter vicious guard dogs and the thieves themselves at the chop-shop. But it's Tom who proves to be the one who carries this mystery to its dangerous conclusion. tow truck

The Washburn families have been coming to the same cabins, on the same lake, catching the same fish, for about as long as Andy can remember. And he's sick of it. This summer would be different he decided. Only he never imagined how different. The story is filled with excitement, danger, humor, and drama. In the end, Andy learns the concepts of family tradition, that God loves justice while He hates injustice, and it is important to follow the rules. Readers will enjoy the gigantic, jet-powered floatplane, computers, home made radio transmitter, and naturally, no one will ever forget Big Wally. He’s a fish of course.
THE SCARECROW 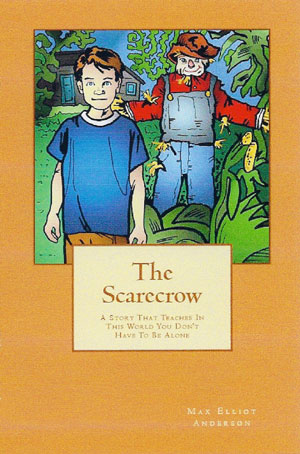 Billy lived in a pitiful place in the city with his mother and younger sister, Becky. Finally, his mother could no longer take care of the children. One fateful day, a judge ordered that they had to be removed from the house. The children thought that would be okay until they learned that they wouldn’t be going to the same place together. Billy found himself on a remote farm with an aunt and uncle who never had children. He withdrew and didn’t speak at all for a long time. As his uncle gave him a tour of the farm, Billy was startled when he first saw the scarecrow. He wasn’t certain at first, but he was pretty sure the scarecrow whispered something to him. Later, in his mind, he and the scarecrow became best friends, and did everything together. This concerned Billy’s uncle who, in time, showed him he could have a friend who would stick closer than a brother.


"Max Elliot Anderson brings a lifetime of dramatic film and video production to the pages of his action adventures and mysteries."        Jerry B. Jenkins, Author
"Sam Cooper Adventures are like good, family movies . . . as an ordinary kid finds himself in exciting and extra-ordinary adventures!"        Bill Myers - Author
60 pages of reviews
http://maxbookreviews.blogspot.com

These exciting books are compared by readers and reviewers to Tom Sawyer, The Hardy Boys, Huck Finn, Nancy Drew, Tom Swift, Lemony Snicket, Jack London, and others. They can be ordered from any bookstore, are available at Amazon and Banres and Noble & others online, and are available as ebooks.

Congrats on your blog, Max! I've read about 2/3 of your books to my grandson. We still have few to go.

That's great to know you're reading them to him. Thank you.

Congratulations, Max! A blog like this is needed and you are encouraging young boys to focus on quality books that will instill in them the values they need and a relationship with God. They will reap these benefits later on in life, either in adolescence or young adult age.

Thank you Cheryl, I appreciate that.