The first two manuscripts have been delivered to the publisher for a brand new series! 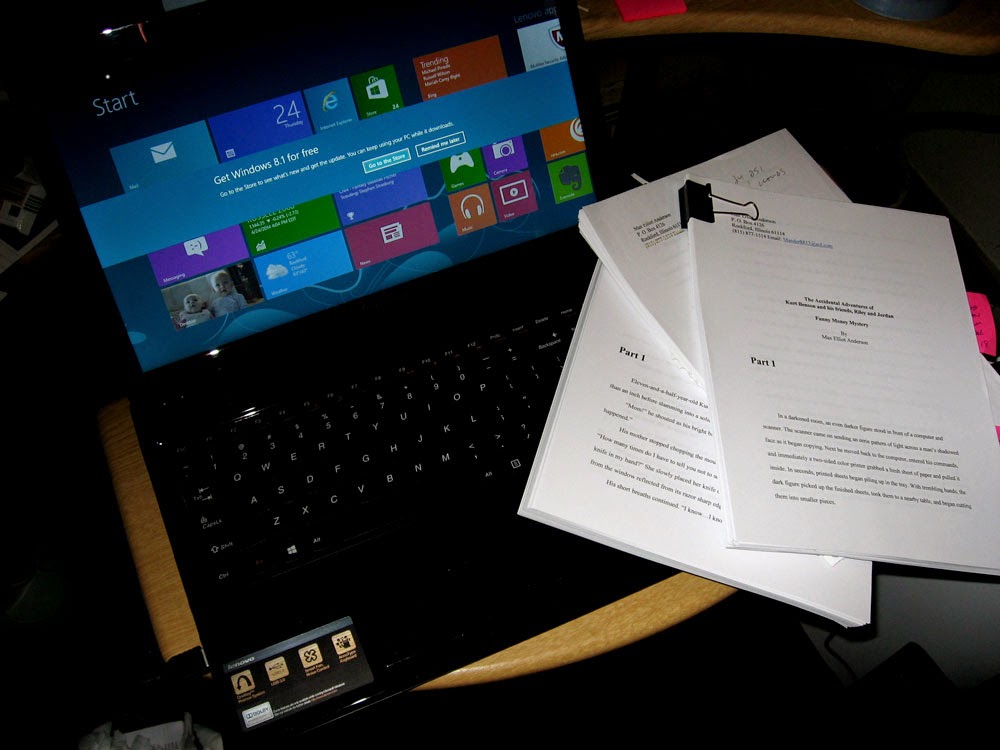 The Accidental Adventures of Kurt Benson and his friends, Riley and Jordan


Kurt could hardly believe there had been a burglary, and right in his own neighborhood. He was helping out his friend whose parents owned Pletcher’s Bed & Biscuit Kennels.


He thought it was odd that his neighbor’s cat, Buffy, had been staying at the kennel while the family was away on vacation. But, when he found out that the houses of four other Pletcher’s customers had also been hit, his head started spinning.


That was before he saw the copier repairman do something odd. When he thought no one could see him, the man took a sheet of paper from a clipboard on the wall, made a copy, and quickly returned the clipboard to its hook.


Can the guys figure out the mystery in time?
Book # 2


The house belonging to Kurt’s uncle was actually the second story of a building in the center of Main Street. His uncle and aunt run a bakery downstairs. One thing was for sure, that boy never had to wonder where his next meal would be coming from.


Our main character and his friends helped him make deliveries. Over at Emmett’s shop, they had the man weld two bikes to an old metal cart. He even added a motor. Now they could carry larger loads of baked goodies.


The boys never missed anything that happened along Main Street because they could look down there from the upstairs window. That’s why, when a van pulled up and men began unloading large boxes, and taking them inside an abandoned storefront, the guys became suspicious. They came up with a plan to find out what those men were doing.


Could it be that the men across the street were the ones printing all those phony bills?


Will the boys be able to get the evidence before those men figure out what’s happening, pack up, and leave town?

The Secret of Grandmother’s Grandfather Clock is written and will soon join the other two.


Kurt loved to visit his grandparents’ farm. But, not this time. A simple phone call changed everything. His grandfather had been a bomber pilot and, together, they’d built models. When the phone rang, Kurt was nearly finished building the first one that could actually fly.


His grandparents lived a long distance away. When the family finally got there, Kurt and his sister Olivia found out that their grandfather had died. But the biggest shock was that someone may have been responsible for it.
So, Kurt, Olivia, and their cousins set out to discover the truth. What they find is that someone had been threatening the old man and now they were trying to scare Kurt’s grandmother.

His grandfather had left some clues, but they didn’t make sense to Kurt until he noticed a mirror. He also found that someone in the county office had been tampering with property records and several people had already lost their farms…but why?

Make sure to revisit this blog often for updates and further information about:

Wow, Max. You've got an impressive bunch of books.

Peddling as fast as I can. Thanks Linda!