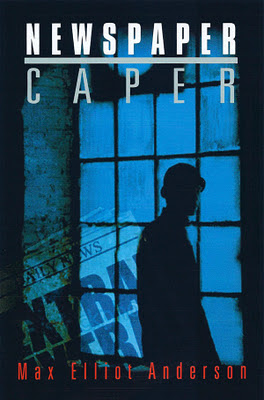 Tom Stevens was a super salesman. He and his friends delivered newspapers early every morning. Along their route, the boys often saw some pretty strange things. Then one day, they actually became the story in the papers they delivered.

Early in the morning, while it was still dark, the three boys stumbled across some suspicious activity. A tow truck begins to hook up an expensive car in someone's driveway along their paper route, but when the tow truck driver sees the boys, he drives off leaving the car behind. Tom reads in the paper the next morning about a string of car thefts around the area. He begins to see a connection between a local car repair shop and the thefts.

The boys' adventures begin as they take matters into their own hands and investigate the car thefts. They befriend an elderly widow whose car was stolen, and encounter vicious guard dogs and the thieves themselves at the chop-shop. But it's Tom who proves to be the one who carries this mystery to its dangerous conclusion. Will his investigating skills be enough to help him solve the crimes?

Also on Kindle, Barney and The Runaway 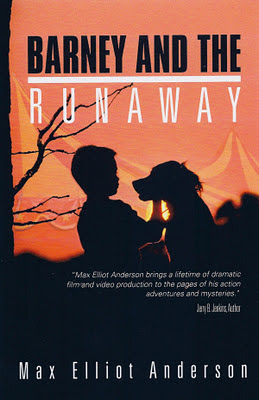 Mike hated the way his parents were always telling him what to do. Along with his dog, Barney, he decides to teach them a lesson by pretending to run away for a few hours. The plan gets complicated when Mike and Barney hide in a railroad boxcar, fall asleep, and end up in Georgia with a circus in the middle of the night. After his experiences away from home, Mike learns the importance of family, and that you dont appreciate what you have until its gone. 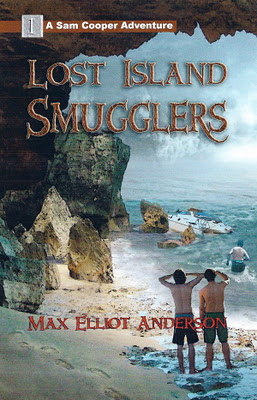 ﻿Sam Cooper had just moved to Harper’s Inlet where he met Tony and Tyler. While Tony’s father was away on a buying trip, the boys took one of the rental sailboats out for a diving adventure. Everything went well until the biggest storm Tony had ever seen blew up from out of nowhere, and the boys found themselves stranded on Lost Island. But, if they thought the worst had happened, they were wrong. The boys discovered a secret hideout that was used by men in high powered speedboats. Sam and his friends knew the men were up to something, only they didn’t know what. They had to find a way to stop them, but how? And, even if they did, the boys could never tell anyone about it. Lost Island Smugglers is a story with danger, excitement, and heart-pounding action.
Author Bill Myers reports, "Sam Cooper Adventures are like good, family movies . . . as an ordinary kid finds himself in exciting and extra-ordinary adventures!"
And author Jerry B. Jenkins adds, "Max Elliot Anderson brings a lifetime of dramatic film and video production to the pages of his action adventures and mysteries."
Young readers report that reading one of Anderson’s action-adventures or mysteries is like being in an exciting or scary movie. His Books for Boys blog http://booksandboys.blogspot.com often ranks in the top ten in Google searches.
Posted by max at 12:02 PM