When is your next book for boys coming out? 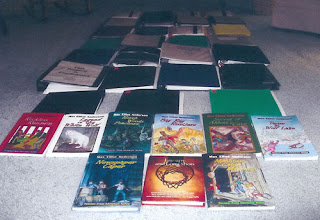 When is your next book for boys coming out?

That’s a question I hear most often from young readers, parents, grandparents, teachers, and librarians. Unfortunately, the answer is out of my hands. So I like to give them an update which I’ll expand on here.

My writing life began at the end of 2001, just after 9/11. Most of my video production clients had pulled back, waiting to see what would happen next, and I was left with the decision of what I should do next.

Through an interesting set of circumstances, I chose to write action-adventures & mysteries, especially for boys. That’s because I had grown up as a reluctant reader.

Very early, I was fortunate enough to be picked up by Dr. Marvin Baker. In fact, he and his partner, Paul Trittin, actually began a publishing company, Baker Trittin Press, in order to release my work. Seven books were released, but there was a problem. I was writing too much material which they couldn’t possibly release.

The picture above shows 28 completed, unpublished manuscripts and 9 published books. One had to be withheld from the market because of some serious errors, and two are now out of print. In addition to this publisher, I also have a short story in a book by Darby Creek Publishing, Lay Ups and Long Shots. This book is going into its second printing.
In all, my books have sold over 19,000 copies.

One would think that finding other publishing opportunities would be easy, right? Then along come the current economic tsunami, and it feels like the 9/11 fallout all over again.

I chose to stop writing manuscript-length stories, and to concentrate on platform building. This has included speaking in schools, writing other short stories and articles, and building this blog, which is currently at # 4 on Google.

My agent, Terry Burns, of Hartline Literary, is doing an excellent job of identifying publishers who might be interested in releasing more of my books. Until then, I continue to promote the titles that are already in print, and to increase name recognition. One of my short stories is currently being held by Boys’ Life for possible inclusion in a future issue. Their 1,300,000 circulation would help in this area.

A lot of writers express discouragement when it comes to placing their work. I don’t feel that way. I believe that publishing opportunities will come when one of my manuscripts reaches the right person, in the right publishing house, at the right time.

PS. Comments like these are what keep me moving forward:

“Hi, I'm the mom of a 13 year old boy who has a hard time finding books he likes. While browsing the bookstores, I have found so many books that sound like they are right up his alley. The only problem is that almost all the protagonists are girls! How are we supposed to turn our boys on to reading when the main characters are girls? It is well known that girls will read books with boys as main characters, but not the other way around. (Not that I think that's right, just that it is the way it is.)”

“Finally someone has recognized a need and written books for young boys. I mean, a couple of the biggest youth classics of all time were primarily for boys, Tom Sawyer and Huckleberry Finn.”

“Just finished the manuscript for “Captain Jack’s Treasure” last night. What a wonderful book! The dialog in this one just crackles. The characters are very believable as is the setting of the story.”

“My boys were reading another Christian series (by a well known author) but thought they were too silly. Then when they started reading your books I had to tell them when it was time for bed.”

“You know, my reluctant reader is right at this very moment reading one of your books....and he is very engrossed – keeps telling me about parts of it....likes the humor.....this is unusual for him, so you just never know. I'd say you are onto something here!”
Posted by max at 11:04 AM

You'll find the right publisher - at just the right time.

Keep platform building. Sounds like you're doing a bang-up job of it.

Have you thought of self publishing? I know there are ways out there to self publish, for instance, Cafe Press will print books for you (probably not the most cost effective way to do it, but it's what made me think of this). Since you already have a fan base why not try it?

Thanks for the encouragement, Max. As the Bible says, there is a time for everything...

Well my boys can't wait for the next book.

The reason I chose to not write for publication right now is I don't have time for the non-writing part that includes finding a publishing house and the self-promoting the books even after they are published. It is a LOT of work as you know.

I am glad one of your stories will appear in Boys' Life. My kids read that magazine since they are Scouts.

I'm curious how you find your blog ranking on google. I wonder what mine ranking is?

Have you tried sending some of those letters with your submissions or queries? There are obviously buyers who are interested the problem is the middleman. Hang in there.