Sadness for Liam Neeson and His Boys 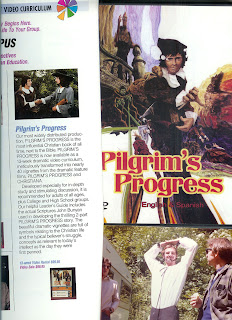 In earlier posts I’ve mentioned some of my motion picture production background and how these experiences find their way into the books that I write for young readers. This has also allowed me to work with a number of famous people in locations all around the world.

Many years ago I had the privilege of working on the film, Pilgrims Progress. My responsibilities on this production included the areas of lighting and cinematography. For the kids reading this blog, a cinematographer is the person who actually operates the motion picture camera. Filming took place in Ireland and England.

Pilgrim’s Progress was the first feature film for an actor named Liam Neeson. He wasn’t well known then, but he certainly is today. I remember Liam as a great actor with what I believed would be a bright future. And this certainly proved to be true.

Working with someone on a feature film project, that lasts for several weeks, gives you the opportunity to get to know people and to form bonds. So it was with much sadness that I learned of the accident and ultimately the death of his wife Natash. It felt more like losing a member of my own family.

I wanted to let some time pass before speaking about it here. My thoughts and prayers go out to Liam and his two young sons.

I too was saddened by this news. It's just heartbreaking.

I remembered he was in this version of Pilgrim's Progress. What a blessing that you worked with him on this project.

I'll keep Liam and his two young sons in my prayers.

This is a very nice post. Thank you for sharing your thoughts.

Max, thank you for sharing this post, it is very sad. It is my prayer that God will use this tragedy for some good in both Liam's and his young son's lives.

As do ours, Max. One bright spot in this is that the reports of her cause of death have already saved a young girl's life.

Thank you for this reminder to pray not only for Liam Neeson and his sons, but for anyone we hear of in the news who has suffered loss or tragedy, such as the earthquake victims and families in Italy or the families of police officers recently killed in the line of duty.

I don't know who Liam Neeson is. I haven't watched much TV or many movies in the last few years.

I am very interested, now, in watching Pilgrim's Progress.

Thank you Bookworm, I appreciated it.

I hope so too, Picture Kitchen

Thank you Ane,
Iunderstand it has a lot of people thinking. And I saw a report, just last night, about how there are no trauma centers near the ski area. Also, she told others that she was okay, then, when the pain started, it was already too late.

You're right, Karen. It's easy to forget when things are going well in our lives.

Latte Lady, he's been in a lot of big movies like Schindler's List, Star Wars, and many others. So he's quite young in Pilgrim's Progress...so was I when I worked on the film.