Is It Cold Enough For You Yet?

Our part of the country is in the grip of the Polar Vortex just now, so I'd like to suggest a middle grade adventure - mystery that fits in perfectly - Troubles At Timber Ski Lodge. 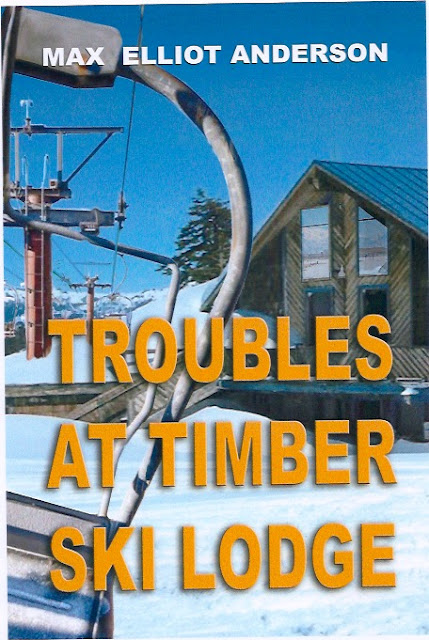 Sibling rivalry and a neighborhood bully are only two of the troubles Eric faced. Eric Baxter is twelve-years-old. His little brother, Shawn, drives him crazy with every opportunity. The Baxter family moved to the lodge two years ago because Eric’s grandfather could no longer keep up with the place.
Unfortunately, it hadn’t snowed enough in those two years for the lodge to turn a profit, and there had never been extra money so the Baxters could buy the snow-making equipment that would have made all the difference.
It didn’t help matters to have Thunder Mountain Ski Lodge right next door. Vince Turner’s father owned the place, and the Turners were filthy rich. Vince reminded Eric of that fact almost every day.
One afternoon, the village authorities learned that a gold shipment had been robbed. The reports said that a small airplane had been stolen around the same time. It’s expected that the crooks might try to fly the stolen gold across the mountains.
What happens when the boys hear the drone of a small plane just as a fierce storm is moving in? And, will Eric be able to save Timber Ski Lodge before it’s too late?


An avalanche, sibling rivalry, and being chased by gold thieves only add to Eric’s troubles.

Find order information on these and other adventures & mysteries from max Elliot Anderson at - https://www.amazon.com/s/ref=nb_sb_noss_2?url=search-alias%3Daps&field-keywords=max+elliot+Anderson
Posted by max at 11:58 AM No comments: