Comments to my question about Books for Boys have been excellent. I’ll have my work cut out for me to select the three winners. There are a few comments at the end of the next post, but most have been sent to the email address, maxbooks1@aol.com

There’s still time to send yours. First place gets 5 books, second place gets 3, and third place gets 2. All copies will be signed.

Rules and guidelines are in the following blog post. Get yours in soon. 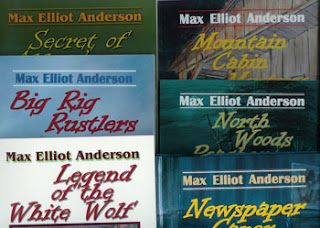 By entering this contest, you agree that we may use your comments and your name.

Winners names and their comments may be published on the blog, Books for Boys, or used in any other form of marketing or promotion.

Comments must be made in the comment section on this blog, or emailed to maxbooks1@aol.com These are the ONLY 2 places where your entry will be accepted.

Enter by answering the following question: "I think action-adventures or mysteries, written especially for boys, are important because..."

Entries can be no longer than 3 paragraphs. You may use your own personal experiences, or something that relates to one or more of your children, your school, church, homeschool, or other setting.

Only one entry per person.

In the event that you are one of the 3 winners, make sure to include your email address so we can request a shipping address from you at the end of the contest. I will sign all copies for the winners.

Best wishes on your entry! 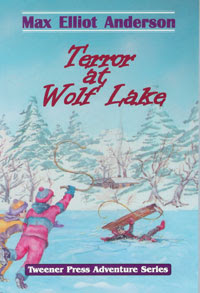 This is the final sample chapter for your preview. All of the other 6 samples can also be found by searching this blog.

Again, your comments will be appreciated.

After you have read the sample chapters, you may also be interested in visiting these additional web sites. 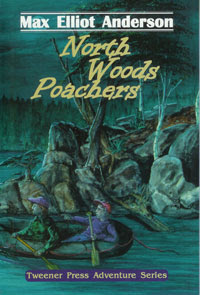 This week’s sample chapter comes from the book, NORTH WOODS POACHERS. I wrote it after producing a couple of films in northern Canada, about 50 miles beyond the last town.

The Washburn families have been coming to the same cabins, on the same lake, catching the same fish, for about as long as Andy can remember. And he's sick of it. This summer would be different he decided. Only he never imagined how different. The story is filled with excitement, danger, humor, and drama. In the end, Andy learns the concepts of family tradition, and it is important to follow the rules.

Readers will enjoy the gigantic, jet-powered floatplane, computers, home made radio transmitter, and naturally, no one will ever forget Big Wally. He’s a fish of course.