My Commercials on You Tube

Writing comes in many different forms.

While my primary focus is writing action-adventures & mysteries, especially for boys, I am also a professional video producer. In that role, I'm called upon to write as well as produce video programs and commercials.

My TV commercials, for an election on February 5, are up on You Tube now. Here are the links. Just click on them if you'd like to see the commercials.
http://youtube.com/watch?v=7uX2-YzxDJY&feature=related

Max Elliot Anderson
Posted by max at 7:33 PM No comments:

When I was Just a Kid INTERVIEW‏ 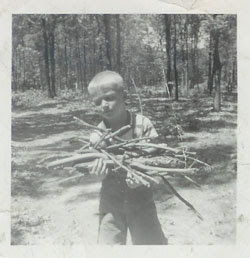 Crystal Laine does a great job of interviewing authors, digging for background information, old photos, and experiences, to craft exceptional interviews. I've read those of several others, and now it's my turn. 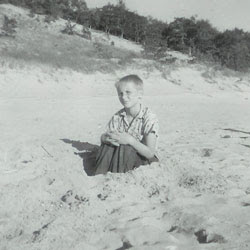 Ahhh! The good ole days of hanging out at the beach near Muskegon, Michigan. My home, at the time of this picture, was Wolf Lake, but our family drove over to Lake Michigan as often as possible during the summers.

What you’re looking at in this picture of me is a certified reluctant reader. Funny thing is, my dad was the author of dozens of books, even kids books, and I never read them. I enjoyed action & adventure, and the best thing I could think of was to get outside and make up stuff to do.

But I noticed something. I found I could concentrate, and even read when the subject interested me. I just didn’t come across much in print that could turn my head back then. Today, families have an over abundance of reading opportunities, and it doesn’t always have to be a book.

I often wonder if I would have developed an interest in books, had I been pushed a little more as a child. But I grew up in a family of 7 children, so one of us not reading was easy to miss.

Seems the last thing a reluctant reader needs if for his parents to plop a great big book in his lap that weighs more than he does. I can speak from experience…it would have been very intimidating.

A better approach is to notice the particular interests of the child, and feed those interests with whatever is available. This might be magazines, newspaper articles, or web sites. Even comic books might do the trick in some cases.

The point is to get kids away from the TV, video games, or computer, and into reading something…ANYTHING!

Because of my lack of interest in reading, I decided to find out why. My research led me to begin writing the kinds of books I would have enjoyed as a child.

Perhaps I’ve written something your boy, or the reluctant reader boys in your circle of family and friends might like too.

Max Elliot Anderson
Posted by max at 7:27 PM No comments:

A Bird Story Especially for Boys 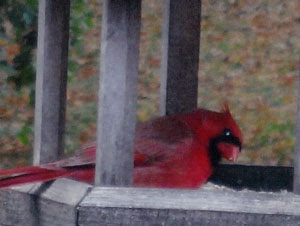 I hope you had a great Christmas and are already experiencing a happy new year. I thought I’d start the year off with a bird story.

Yes. This is something I wrote into one of my manuscripts, but I wanted to demonstrate how, much of what I write comes from real life or my experiences. When ever possible, I like to teach lessons in my books for boys.

When I was a boy, our family of seven children would travel together, in a Ford station wagon, to visit our grandparents. My dad’s father lived on a farm in Iowa, and my mother’s parents had a farm in Nebraska.

It was in Nebraska where this story gets its start.

One of my all-time favorite activities was to go out to the old barn, with a flashlight, and catch birds.

Let me explain. The conditions had to be absolutely perfect. It needed to be pitch, black, night outside. Next, we’d turn off every light in the barn. Then we eased up the steps to the loft. During the day, we had observed several sparrows and barn swallows flying freely in and out of the barn. But at night…at night the birds flew into the barn and didn’t come out again until morning. They’d roost high up in the loft, away from predators.

That’s where we came in with a flashlight.

One flash of the light let us know where to climb. The strong beam of our flashlight made it impossible for the birds to fly away because they couldn’t see anything after the burst of light. Then I’d begin moving toward the birds. Two steps, then a flash of the light. Two more steps, and the sequence was repeated, all the way to the top of sweet-smelling hay bales.

It was important for me to close one eye, each time I flashed the light, in order to preserve my night vision. If you’d like to try it sometime, here’s what you do. Go into a completely dark room, or your basement, if you have one. Wait until your eyes are adjusted to the darkness. Then, cover one eye and turn on the lights for a few seconds. Then switch them off. The eye that was open can’t see a THING. But the one you kept closed can still make out a few things in the room. It’s the same for a bird, except for the fact that he doesn’t know anything about night vision.

I had a chance to understand night vision while spending two years in the U. S. Army. We trained this way in order to still be able to see targets at night. It works!

But let’s get back to my Grandfather’s barn. As I reached the top of that loft, the sparrows became nervous and fidgety, but they didn’t dare fly away. Continuing the pattern of flashing the light in their eyes for just an instant, I was able to inch my way right up to the birds. I picked one out as my target. By being patient, I was able to get within inches of a little bird, and finally – picture this in your mind – I have one hand less than an inch from the bird, and a flashlight in the other hand. In slow motion, all I had to do was reach out in the dark, and catch the bird.

Each time I’d let my catch go, and then look for another.

This came into good use here, at my home, just before Christmas. The Cardinal, in the above picture, had become trapped in my garage. He must have been there all day because no one had been home during that time. It was dark when I drove my car into the garage and shut the door. I heard a fluttering sound when I stepped out of the car, looked up, and there he was. Sadly, this little guy had already slammed his head into the ceiling a number of times and he was bleeding. The ceiling is made of a rough finish and I saw twenty or thirty blood splatters all over the white paint where he had struck his head each time.

The situation looked impossible because, even when I opened the garage door again, the bird refused to fly out, no matter what I tried. That’s when I remembered the barn. I went into the house and grabbed my brightest flashlight. Hurrying out to the garage again, I found the ladder and went to work. Just like out at the farm, when I turned on the light, and switched it off again, the bird no longer tried to fly away. He began chirping and the sound let me know he was terrified.

Finally, I positioned myself directly under a railing where he sat perched, but when I reached out to grab him, all I got were his tail feathers, and they all came out in my hand. Now I felt I’d really done it and there was no way he could survive. I wondered if he could ever fly again, and whether he’d bleed to death.

On the second try, everything worked perfectly. I caught him around his back, with my fingers around his belly. Again he screamed out in terror. I opened the garage door again, walked over, and released the bird. Immediately he flew into an evergreen tree. But I expected the combination of a frightening experience, the loss of blood, the freezing night air, and the missing feathers to spell doom for the young Cardinal.

When I came home in the afternoon of the next day, I was excited to see him back in my bird feeder in the back yard. He’s been there every day since. I know it’s him because of a large black patch on the top of his featherless head, and the missing tail feathers. But it looks like the little guy is going to make it after all.

If you live in a place where you can catch a bird like this next summer, just remember to be very careful about climbing any high places in the dark, get permission, and especially make sure you don’t squeeze the bird in your hand. They’re very fragile.

PS. The above picture was taken earlier, of the exact same bird, while he still had all of his feathers.
Posted by max at 8:26 PM 2 comments: