The Dumbest Kid in School

The Dumbest Kid in School 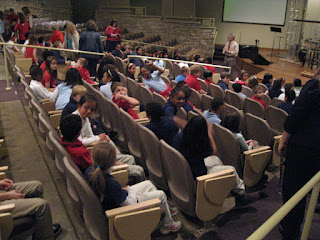 So, you’ve started a new school year. And if it’s anything like last year, you’ll simply fall farther and farther behind others in your class unless you’ve already discovered a most amazing secret.


Recently I heard a speaker who talked about the negative effects of television viewing on children. My own father used to call our TV the “idiot box.” But this speaker went a step further by calling it, “…hellevision.”


He said that the average child in America today, watches between 5 and 7 hours of TV every...single...day! That number continues to increase.


If most adults tried to do that, just for a couple of days, they'd be shocked at some of the content. And when they realized what their children were watching, hour after hour, they’d do something about it. These same children spend only minutes a day interacting with their parents. The balance of their time is spent on video games, computers, cell phones, homework, and if they have the time...reading.


I’ve set out to try to change that, by writing the kinds of action-adventures and mysteries that readers, 8 and up, would enjoy. Even though I sometimes speak of them as books for boys, they are still equally enjoyed by girls. Many report that reading one is like being in an exciting movie.


Parents, if you doubt the positive effect you will see, in your own home, by turning off the TV and giving children interesting or exciting books to read, let me relate a true story in an attempt to change your mind. And if there is a TV in your child’s bedroom today, I hope you’ll be encouraged to remove it.


A couple of years ago, I had the opportunity to speak to a group of children in the Cabrini Green housing project in Chicago. These kids need all the help they can get, in order to break out of the cycle of poverty all around. I told them about this same story.


“Gifted Hands” is the true story of a child who felt he was the dumbest student in his fifth grade class. Through the demands of his single, working mother, who didn’t know how to read herself, he discovered the value of the library and learned to read. To his surprise, he found that he enjoyed learning


Benjamin Carson, M.D., started life on the mean streets of Detroit. His mother knew he had it in him to get out of the Detroit ghetto where they lived. She believed he could make something of himself. His mother demanded that Ben and his older brother turn off the TV and begin bringing home books from the library. Their TV viewing was cut to one hour per week. Can you imagine? Even though she could not read herself, Ben’s mother required her sons to read their books and write book reports which they had to read to her out loud.

But Ben's beginnings were certainly not easy. Signs of determination showed as young as the age of 10. He started out as the "class dummy" in school, frequently getting every single question on his math tests wrong. But then, through hard work and a lot of reading from the local library, he expanded his knowledge in every subject. Soon, "good" wasn't good enough. Ben was driven to be the best. In fact, he was so driven that he won a full scholarship to Yale University.


Ben Carson should be regarded as a role model for kids today. Those not on the right path to a successful future could especially benefit; as a story like this could assist in a serious straightening out of priorities.


He is an inspiration to all because the life he began with wasn't as easy as many other families who have attended good colleges for generations. Ben, and his older brother Curtis, were the first in the family to ever attend college. Curtis went to the University of Michigan, and Ben enrolled at Yale University.


In the last chapter, Dr. Carson gives recommendations to students on ways to live and to achieve. Students might like to read his book, “Gifted Hands,” and write a book report.


Parents, you can also look for the feature film, “Gifted Hands,” on DVD wherever you get your videos. I would encourage you to rent it, sit down and watch it together on a family video night. You might even go a step further by watching it first. Then write out a few questions. Turning off the TV in your own home, and requiring more reading, could be the difference in your child’s success or failure in the future. This video mightalso  help get that message across: http://www.youtube.com/watch?v=BgzkiTCeTEU


Expect a lot of yelling at first. But in the long run, it'll be worth the struggle. Next time, turn it off...and turn your kids on to reading! 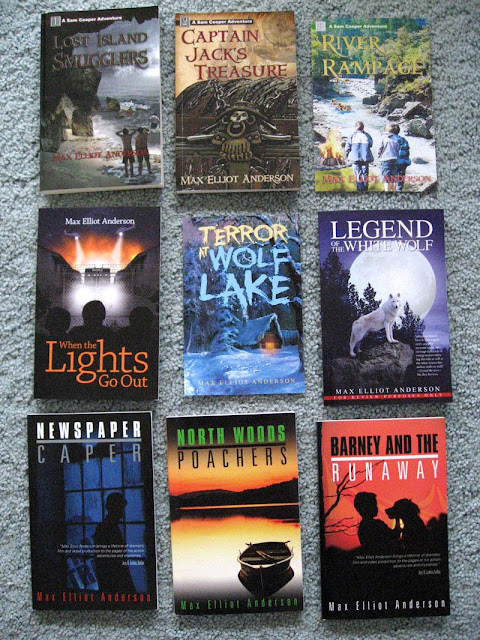 I love Ben Carson's story. Such a great role model for our kids. We tossed out the TV years ago, but computers can still edge out reading time, so our children are required to earn the time they spend on the computer by reading. One hour of reading earns ten minutes of computer time. This works equally well for any sort of screen time. We've been very pleased with their response to this system. Here's a link to a free printable chart that can be used to keep track of it all: http://www.flandersfamily.info/web/2013/09/07/ditching-computer-games/

Thank you for your comment. I took a look and loved the chart.