A Boy - A Dog - A Circus...What could go wrong? Barney And The Runaway

Barney and the Runaway has been re-released. 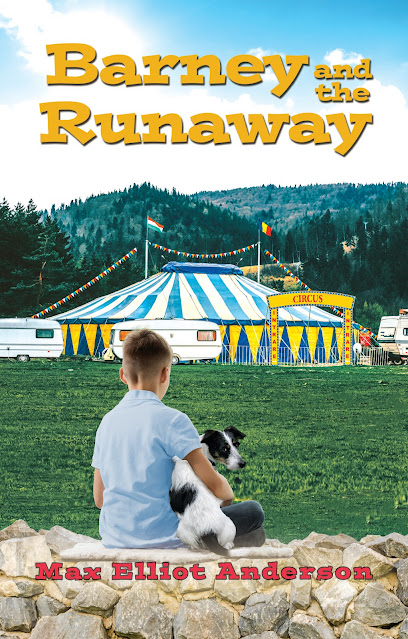 Barney and the Runaway tells the story of Michael Ellis, who has recently told his parents to start calling him Mike from now on. He especially hated the way they were always telling him what to do. Mike decides to teach his parents a lesson by pretending to run away for a day with his dog Barney.

The plan gets a bit more complicated than planned when Mike and Barney hide in a railroad boxcar, fall asleep, and end up in Georgia with a circus in the middle of the night. Fortunately for the runaways, Big Bob the Clown takes Mike and Barney to safety in his wagon. Mike decides that living and performing with the circus might be a good idea until Big Bob opens Mike’s eyes to his unfortunate past.

Mike’s encounter with this grown up runaway, in the circus, helps him to understand that his parents truly love him. Then Mike and Barney save the circus. Through it all, Mike learns the importance of family.

Parents often punish their children, but only because they love and want what is best for them, not because they don’t care. Even though the life of a circus performer with a circus family may appear fun, if given a choice, most would agree that living in a warm home with loving, caring parents is the preferred choice. As the saying goes, “You don’t know what you’ve got until it’s gone.” After Mike overhears some unsettling news and both he and Barney are involved in a scary and dangerous crime, Mike learns his lesson before it’s too late.