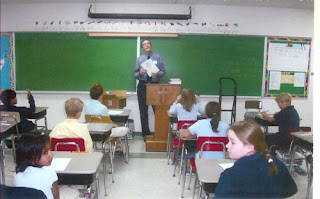 My name is Max Elliot Anderson. I write action-adventures and mysteries for readers 8 and up, especially boys. It is in that context that I discovered something over recent months. Part of what I do is to speak in elementary schools. A couple of my previous books - Secret of Abbott's Cave, and Mountain Cabin Mystery - touched on what happened on 9/11, but only in passing, as part of a larger plot.

As I’ve spoken to students who are 9, 10, and even 11 years old, I've found that they know little or nothing about what happened on 9/11. Parents have written to tell me it's the same where they live. 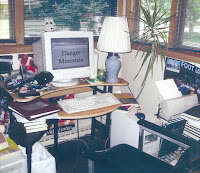 So I decided to write a book with the purpose of not letting the next generation forget what happened.


The title of this book is,

When the Lights go Out.

Here is how the dedication reads at the front of this book:

To the memory of 9/11,
and the people who lost their lives that day,
so we never forget.

I’ve just received confirmation from my agent that When The Lights Go Out will in fact be published so that it will be released in time for the 10th anniversary of 9/11, which was my goal when I intentionally began writing it on 9/11 of 2010.

This information is being posted with the hope that you will become interested in When the Lights go Out, and will let others with whom you communicate know about it, too.
If you have any questions, my contact information follows.

When the Lights go Out
Author: Max Elliot Anderson
Audience: 8 and Up; especially boys
Words: About 36,500

Peyton Aldrich has just moved to a new army base with his parents and younger sister. He doesn’t understand why his father was sent to such a run down place in the middle of nowhere. After all, his father was a colonel, with top security clearance, who had completed the elite Ranger school. And his training had been in Army Intelligence. Yet, here they were.

Peyton was never allowed to ask his father anything about what he did in the army. Nor was he allowed to ever get in the way. There were many secrets that he couldn’t even tell his own family.

Peyton idolized his father. One day, he hoped to grow up to be just like him. His father had told him that the army may not be for everyone, but after what happened on 9/11, somebody had to help keep the country safe.

Peyton finds two friends. Gill is the son of the base’s motor pool sergeant, and Dave’s father is the base chaplain. Together they decide to train like Rangers, and search for some kind of mission they could go on. Little did they know that a mission was about to put the boys right in the crosshairs, of a dangerous terrorist plot, when a secret weapon would be delivered to the base, on its way across the country.

There was no way he could tell his father what he knew. After all, it could cost him his job. Peyton, Gill, and Dave had to take matters into their own hands, and they do.

Will the terrorists find out who is trying to expose their evil plan? Will the boys be able to stop them? And what will happen to Peyton’s father when the general finds out what the boys did?

When the Lights go Out. A story for kids, and their parents, so we never forget.

To the best of my knowledge, the pictures used are in the public domain.

What an excellent concept Max. We who lived through the event tend to think everyone knows about it and don't realize that children 14 or 13 years and younger only have the oral tradition. I look forward to how this book will come out. My grandson's are 3 1/2 and 1 1/2 and I look forward to the time when they will be reading some of your books.

I appreciate that Popi. Thank you for your comment.

Great idea! This book would be perfect to have in my personal school library. 9/11 is such a part of who we are now that we don't realize that it is ancient history to our younger students. I will be eagerly awaiting this one!

Thank you Jan Marie. I hope you'll tell other teachers about this book, too.

That is so exciting!! It is so true. I keep thinking 9/11 is such a fresh event. But two of my children weren't even born. Such a strange perspective. Keep it up!

I'm hearing from a number of people who say similar things. It seems that this book will be well timed.

Max, I teach kids and am always looking for good books for boys. Both the boys in my classroom and I were excited when I "discovered" the Alex Rider series and started purchasing them for my class library. Looks like I need to check out your books, too. Our boys need these books. Thanks.

Thank you Sheila. Let me know if you have any questions.